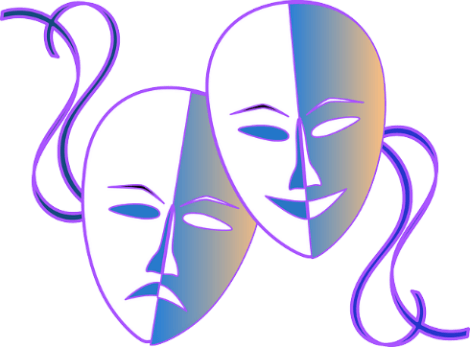 Bipolar symptoms can prevent you from performing much in life because of its disadvantages of mood swings and changes in behavior. This can prevent the personal productivity  improvement of anyone having Bipolar disorder.

You should be aware that people with Bipolar disorder can be very happy at one time which is called "mania." Then they can suddenly become very depressed. These are two basic symptoms of Bipolar, an absolute switching of opposite types of moods.

Compare it with the north poles and south poles of our planet, they’re absolute opposite poles or points of the globe. Bipolar disorder is simply like that and that’s why it’s also called highs and lows.

At work or when doing tasks, it can consume much of your time because there is instability of behavior. The different extreme behaviors can either lead you to erroneous performance or lack of performance.

This is something you should not ignore because it can affect your life so much on all aspects.

Mood swings like Bipolar disorder can be managed and remember that there’s always hope for people with disorders, like those with ADHD in adults and children which have certain similarities to Bipolar.

The More You Know the Better

Most people do not understand other people suffering from Bipolar disorder because they do not know about it.

Bipolar disorder in children can be more challenging for a child during the stages of growth and development, especially when parents are unaware of the disorder. Similar to people with ADHD symptoms, people with Bipolar symptoms can be misunderstood due to their unusual behavior.

Unlike others you can know about it better and be aware of its symptoms. First of all, you should know that there are four episodes of mood changes in Bipolar disorder:

Be Aware of Mania Bipolar Symptoms

Mania gives the person the "good feeling," they are often seen as very lively, hyperactive and aggressive. These are common symptoms of Bipolar disorder you can see:

Get Prepared For Depression Symptoms

While depression is related to having feelings of anxiety, further depression symptoms would include:

While there’s a depression episode of Bipolar disorder there are times that it appears as a mild depression version which symptoms are not too severe.

Hypomania Symptoms are not Obvious

While mania and depression are the absolute extremes of Bipolar disorder hypomania is the milder version of "mania."

The bipolar symptoms of this version have also negative effects to performance and relationships. However, the behavior is not obvious and can be misunderstood as part of being "normal."

Here are the common symptoms:

You should know that hypomania is usually interpreted by other people as having a "good mood" condition. However, this Bipolar disorder episode can be misleading because the negative side can be seen on performance and way of thinking.

Mixed Bipolar Symptoms can be Dangerous

The mixed Bipolar disorder episode is a combination version of the other episodes: mania, hypomania and depression. How is this dangerous?

You should be aware that the condition of being energetic and lively combined with having "bad feelings" about the self and producing negative thoughts can have more potential towards suicide and dangerous acts than simply being depressed.

The Bipolar symptoms include:

This episode of Bipolar disorder should be watched more because of the risks it carries with. The use of depression natural remedies can greatly reduce the level of depression symptoms.

Like other disorders such as Dyslexia which can give difficulties in learning and performance, Bipolar disorder can be managed and made easier for any individual suffering from it. You should know the ways and techniques you can use and apply so that Bipolar disorder would not ruin your job, relationships, health and aspirations in life.

If you have someone suffering from Bipolar symptoms, you can help the person cope up and improve her/his lifestyle.

Consider the following approach and treatment:

1. There should be awareness of people like family and friends about the Bipolar symptoms of the person, so that there won’t be any misunderstandings and misinterpretations on behavior.

2. Stress should be managed and reduced as much as possible as it can trigger an episode of Bipolar disorder.

3. Family and friends should give moral support, love, care and assistance to the person with the disorder, this reduces the chances and effects of a Bipolar episode.

4. The person should not be provoked when having Bipolar symptoms.

5. Learning to simplify the way of living and getting organized with the self can make things less complicated which would reduce the effects of Bipolar disorder.

6. Creating an atmosphere of order and comfort starting with an organized home and removing clutter obstacles can make the mood better

7. Have sufficient rest, sleep, diet and nutrition. These things affect the well being and condition of a person.

Further approach and treatment you can apply:

8. Involve in physical fitness and regular exercise. This conditions the body physically, mentally and spiritually.

9. Develop and practice relaxation techniques which can release stress and fatigue giving a comfortable condition.

10. There should be a balance in life, not all work. A work-life balance should be practiced.

11. Investing in personal development can improve the attitudes and lifestyle of a person which can help manage Bipolar symptoms.

12. For easier learning and less stress, study skills can be developed and applied.

13. Avoid dependence on drugs as much as possible because some may contain side effects which can trigger Bipolar episodes. Avoid stimulants like alcohol, caffeine and cocaine.

15. Seek guidance from a psychiatrist or medical professional. Therapies can be applied to make the condition easier and medications may be prescribed as needed.

Bipolar symptoms can become quite a trouble to anyone suffering from it especially in children. It can affect everything from family, friends and peers to career and aspirations in life.

Having Bipolar disorder is not a positive experience for someone having it, a person can be involved with many unwanted problems and troubles in life. However, having the proper approach and treatment can greatly help the person cope up and make life more fulfilling.