ADHD In Children That
Every Adult Should Know 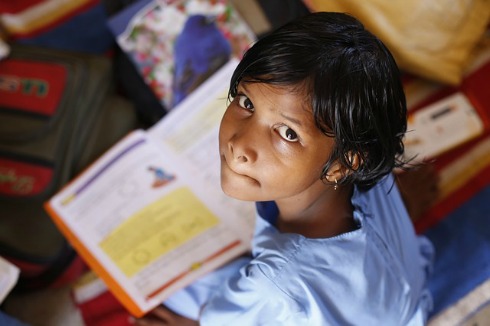 Attention Deficit Hyperactivity Disorder or simply ADHD in children can become a misunderstanding to adults.

Some children may be seen as "under achievers." Also they could not be performing well according to school standards and parental expectations. Some parents may wonder, "Is not my child in a prestigious school?" or "Does not my child have the best teachers?"

Some children may appear normal without any obvious signs that can be seen like in most sicknesses which can be understood if someone is not feeling well. ADHD in children is one thing that many adults do not consider or think about.

Many children do not perform well at school because of this disorder and the children themselves can suffer from lack of performance and results for the time and effort they give.

Adults should know about the symptoms of ADHD and how children are being misunderstood by people.

You Should Know These Symptoms:

Saving You Time and Trouble

ADHD in children is something that adults should worry about and should be given early medical attention and support because it will affect the growth of a child and the development of self esteem. It will certainly affect the experiences he/she will go through in life.

Anyone doesn’t like being misunderstood and blamed for what they don’t intentionally do. If a child experiences too much misunderstanding, failure and frustration in life as they grow, it can give them a lot of anxiety. Eventually, it could lead them to making distance from other people later on in life like their relatives.

Some may resort to delinquency and other negative influences in life. They may try to separate themselves from the society which cannot relate to what they’re going through and they may seek the comfort they needed.

You should learn about ADHD treatment so you can know more about how to approach and help people with ADHD. With the proper medical help and the right teaching methods plus moral and psychological support, a child can perform better despite the weakness.

It will also reduce their procrastination tendencies because of the improvement in their performance.

To Parents and Guardians

As any parent or guardian should know, not everyone is gifted with good mental health. Not all are geniuses, not all are fast learners and some can have a weakness like ADHD. Patience, understanding and care will help any child become achievers.

Despite the disorder some children can be quite skilled physically and some were found to be athletic or some do excel on other talents.

When not given attention ADHD in children can even continue to adulthood. Even some people have lived up to the later years without knowing they have ADHD and it is called ADHD in adults. You can learn more about ADHD by understanding more about ADHD symptoms.

Another disorder which some people go through is Dyslexia. It can also happen during childhood and continue to adulthood. Dyslexia can have some similarities to ADHD or ADD but they’re not exactly the same. It also needs special treatment and aids for support.

If you think you have symptoms of ADHD in children or other disorders, then it’s a wise action for you to give solution to it as soon as possible because you will definitely save a lot of time and trouble in the future when it gets proper support. You’ll be able to achieve more if this is treated. You should seek a doctor and ask for help.


Go from ADHD in Children to Effective Time Management Tips