Practice Clutter Control
Before It Overwhelms Your Life 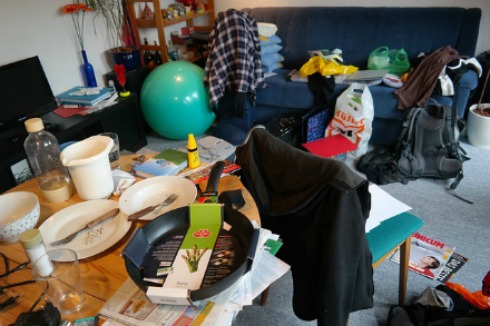 Clutter control in the house is something some people tend to ignore. Cleaning the house and removing trash or unnecessary things around can be hard for most people. This would make the place messy.

Yet cleaning can be the least in the "list of tasks" for some home owners. Many are lazy and neglecting when it comes to such tasks because of reasons like "they’re busy" or it "simply doesn’t matter."

Aside from the home, disorder of things can also be present in places like the office, facilities or working areas. The mess accumulated and the need to declutter is usually ignored which can give several hassles to anyone such as making things hard to find.

This is because it could be covered with other things lying around and placed everywhere. You should know that there is the tendency to misplace things and waste your time looking for it when the surroundings are in disorder.

Chaos in any area can happen when there’s disorder or when anything can happen. This is why you must have clutter control so that things won't get piled-up around the place without knowing it.

Aside from the difficulty of looking for what you need at the moment it can also cause you confusion.

Because you see all sorts of things lying around and there’s the tendency to have thoughts on everything you see. The mind is active and thinks constantly even without giving effort at all. Even when sleeping the mind is sometimes working when dreaming.

Another reason to declutter is that clutter creates a dirty environment which invites germs and bacteria which further invites pests like cockroaches and rats. Unhealthy elements such as these can cause sicknesses.

See the life and house of "hoarders" people who have the impulse to hoard things and fill their house with all sorts of things making huge disorder and clutter even if the place becomes very dirty. You’ll notice that the environment is not only chaotic but you’ll also see a lot of pests around which makes it worse. 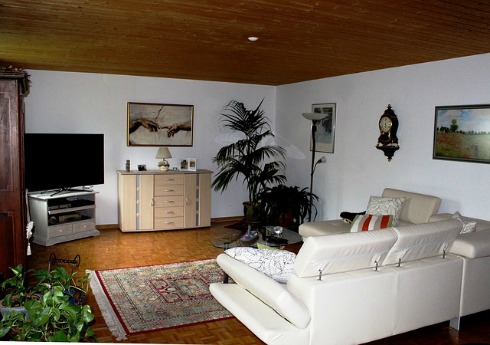 See the clean surroundings of fine hotels and restaurants they make their place as impressive as possible, clean and attractive because that’s part of their business. You’ll even see their restrooms very clean.

You won’t see signs of disorder and litter around those places creating clutter. These are good examples you can follow and there are many other good ideas out there which can be used.

Now compare it with messy offices or slum areas you’ll see the difference in the atmosphere. You can see disorder and untidiness around which you may see as "not presentable" and may get tiring to look at.

Clutter control involves better attitude and habits. It reflects the character of the person managing the place on how he/she does things around. Some are taught on how to make better surroundings and some are not, yet it can be learned by anyone who's willing and has an "open mind."

To have clutter control and keep your place clean, everything should start with yourself. You should get organized with the things that you do and you should make it a habit so that you’ll keep up on doing it.

A good habit of learning to declutter around the house is easier if you try to keep an organized home. Anywhere you work it will help remove the stress which comes from the disorder caused by a chaotic environment.

You can look for organizing ideas which can help you with arranging your place. You should set some time for doing this, you can set a date on a monthly planner for example.

This should be part of your work-life balance as you try to make life more meaningful and fulfilling.

With no good habits of putting things in its own place you could forget where you put it. This is such a hassle when you need to look for it especially when you really need it. When trash is thrown, sometimes it can include an "important item" you don’t want to get disposed but since it’s mixed up with things around, this mistake can happen.

Many people have experienced this problem and got frustrated for having disposed such an "important something" that they have to replace because they have "no other choice."

If you prefer to simplify your life it would naturally be easier for you to manage the disorder and mess which can make clutter because you won’t be involved with too much stuff in life.

Learning clutter control makes life more free of hassles which shouldn’t be there in the first place. You’ll avoid waste of time from confusions and mistakes that can happen.

To declutter can be your first step towards a healthy environment. When you declutter you'll be able to avoid unnecessary stresses which the mess creates for you. You can feel more relaxed and lighter when you have an orderly environment.

There would be cleaner air to breath and less germs and bacteria to worry about. There would be less dust and dirt to clean also. You'll have a bigger place to move and play around which can give you the motivation to do more of the activities that you like.

Things are in their own places which are easy to find as you need them. It saves you precious time which can be used for other important tasks. And you don't have to get your attention wasted with the random things around your place which you usually don't need anymore because they're set aside and removed.

When you practice clutter control where you do things, you will always benefit from it.