Use Icebreakers To Crack
The Negative Atmosphere 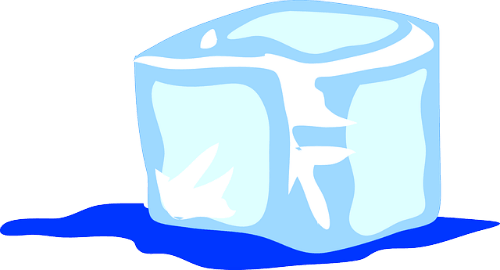 Icebreakers are activities that fights the negative atmosphere between persons or groups of people. It breaks the "ice" which gives tension and barrier from each other caused by:

1. First time meeting with the person or with a group – there’s a "stranger" feeling at this stage.

2. Not yet familiar with the new "guy" around – what kind of person is he? Can we get along with him?

3. Doesn’t know much from each other yet – doesn’t talk much with each other in the classroom or in the office while the days are passing by.

4. Shyness with "opening up" and revealing about personal life – so there’s no familiarity and there’s no sufficient understanding about each other’s life and experience.

5. Too tied up with work activities and there’s not much opportunity for co-worker interaction. There should be an "outlet" of self-expression which can loosen the stress from work.

A Positive Wave of Energy

Doing work in the office, school or any activity for a long time can lose motivation. A person gets tired and loses excitement because it’s hard to work and it drains the energy.

As someone who can help, you should give some good comments to the person whenever he/she has made something good with a work or activity.

For example, "Hey Eric good job on your presentation, I hope to see your next presentation."

Recognition and appreciation of hard work and achievement can raise-up the feelings of a person which some leaders forget to give to those who deserve it.

Good accomplishments should be given positive remarks so the person can be inspired to do more.

Giving rewards, even small can give great joy for someone when it’s done at the right moment.

The objective of icebreakers is to create a positive mood so it should start with you. You should think positively of other people so you can make effective icebreakers.

If you’re having negative thoughts with a person how can you create a positive mood for him/her?

Even in small matters you can give a good compliment to someone so he/she gets comfortable and get acquainted with you easily.

For example, you can compliment simple things about a person like: "John your watch looks cool, where did you buy it?" or "Mary you got a nice hairdo, you might be meeting someone special today."

Icebreakers can reduce the stress of someone and it pays to do it. You get the "like" of people but you should do it appropriately.

When starting a class, seminar, meeting or any group activity where the people involved do not know each other yet like during an orientation period, you should remember that these individuals are not yet "familiarized" with each other.

So there is still tension within the area that everyone feels.

This feeling prevents them from participating in the activity like giving suggestions and answering questions from the speaker.

It is not easy for them to think straight yet because much of their thoughts is about the people around them.

Here’s some you can do:

1. Make Them Introduce Theirselves One by One

A basic introduction of the self, which makes everyone more at ease with each other as they know information such as names, interests, activities, family background and other interesting information about each person.

Give them a set of things to say about themselves so they know what they will say, most will not simply give some of the interesting information by volunteering at this early time.

Give them short questions like about their experiences in life their purpose for what they’re doing, ambitions and aspirations.

They can write it on a piece of paper so they won’t forget as they speak in front of the group.

Encourage them to speak and express themselves. Of course as the organizer of the activity you should comfort the speaker. It involves giving moral support.

After doing some simple icebreakers you should find out that there’s much less tension in the area and the people are having a good feeling opening up with each other.

This will help them organize their ideas and think well when the real program starts.

Icebreakers are helpful with getting things done. When you set the mood of the people it would be easier for them to finish the tasks they have to complete rather than just forcing them to work faster.

The Purpose of It

Icebreakers are helpful so that a sense of camaraderie or "going along well" with each other or with the group happens. It sets a positive  atmosphere where there are several people around.

If you’re aspiring to be a dynamic leader then this is one skill you should develop which can help you save time by removing the friction between team members and binding them in sound relationship so they can work well together.

A good group cohesion or "closeness" can greatly increase the speed of work at the workplace for example and improve the productivity of each person.

It helps to motivate and energize people as they do their daily activities. These activities are used to give comfort and make people feel better whomever they’re with.

These are icebreakers which involve everyone’s participation with each other and it encourages group interaction, cooperation and team building so they can get easily acquainted with each other.

These games can also be used as relaxation techniques for groups of people. 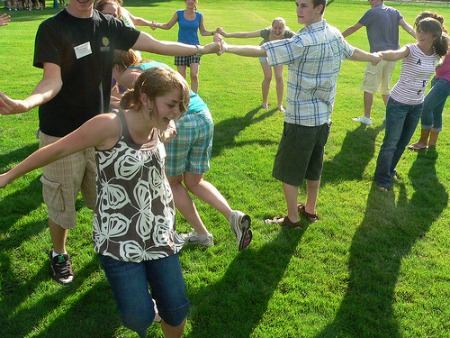 This game requires no materials to be used. The time that should be used is around 15-25 mins. depending on the group’s performance.

a. The group size requires 10 to 12 people in it. If the group is large you then have to split them into more groups. Let’s say the group in the class or seminar is 20 people. It can make 2 groups for the human knot game.

b. Make the group members stand close to each other, shoulder-to-shoulder creating a circle.

c. Let them raise their hands up in the air. Tell them to hold the hand of another person (not the one beside them) across the circle. This is done with both left and right hands.

d. Ask them to ask the names of the person they’re holding with. They would begin to interact with excitement, anticipation and questions.

e. Now when the knot is formed, tell them to untangle the knot while not breaking the chain of connecting hands.

f. They should do this gracefully and carefully so the hands will not lose grip because when one member loses grip they would have to repeat the game again.

g. This group teamwork game encourages cooperation, communication and strategy. They’ll have to think and unite with how they do it to be successful. 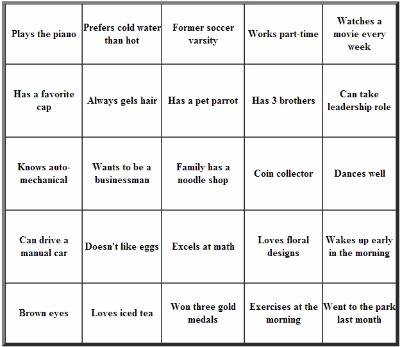 This game for icebreakers requires pieces of paper and pens depending on the number of participants.

The time for playing the game should be 20-25 mins., because of the procedures to be done by each group member.

a. The group size for people bingo icebreaker game is up to 30 people, if a group is very large it should be divided.

b. As the organizer of the game creates 5 rows and 5 columns on the paper (which becomes the bingo card) making 5 boxes across and down the card.

c. Write the traits that describe different aspects of the members, preferably specific for example: "Plays the piano," "Loves iced tea," "Former soccer varsity," "Has a pet parrot," "Family has a noodle shop."

d. You can also put things in general like: "Can dance when there’s music," "Wakes up early in the morning," "Went to the park last month," "Prefers cold water than hot." You can be very creative when making your card.

e. It would be better if you can make two sets of cards with different arrangements than have it photocopied so everyone has a card. People Bingo is one of the simplest yet effective icebreakers being used.

f. When everyone gets a card tell them that they have 20 mins., to mingle and talk with each other and look for people with traits that match on the list.

They must make the person found with a specific trait sign his/her name in the box so it’s considered "marked."

g. They will approach one another in this process, introduce themselves and get to know each other the fun way.

h. The first person who fills 5 boxes with signatures across or down must shout "BINGO," this ends the game for everyone and there’s a winner!

You’ll see a great change with your group after finishing games like this.

When group members are known and become more familiar to their fellow members they would most likely take the courage and enthusiasm to have dialogue and open-up personal things and thoughts to people in the group.

They may see how they are similar with each other and what they can learn from one another. They’ll be able to relate better to one another which can reduce their procrastination when working as a team.

They will start to accelerate their learning and develop trust and understanding of each other.

Group icebreakers that makes everyone participate lessens the anxiety that group members may experience.

This is because they become more comfortable with each other as differences and lack of interaction is eased and starts to change. It’s a way to get them closer so they can build harmony.

Icebreakers would only take a couple of minutes’ time but it will go a long way for everyone in the group as the effects it gives and the changes it makes sets the mood for creative and cooperative work.

Barriers and tensions that slow down people gets dissolved and released.